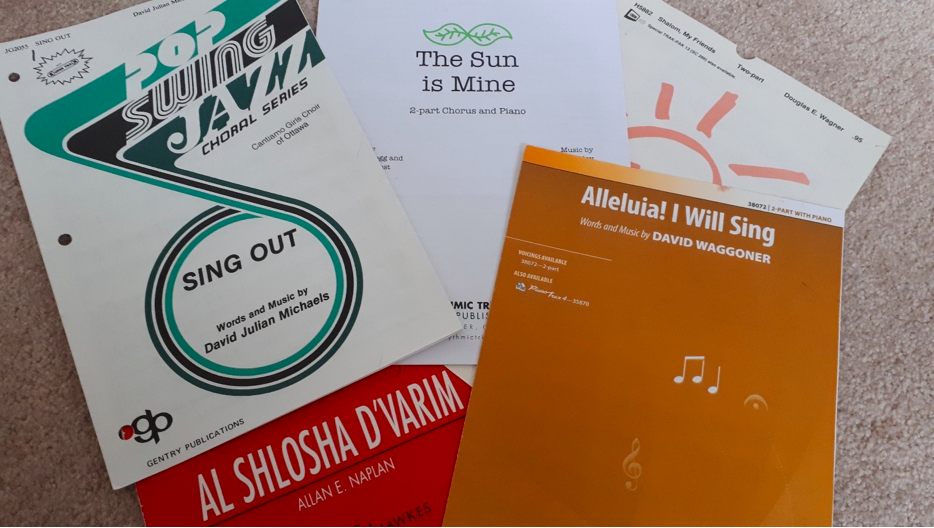 The world had gone a little berserk last year, and choir, a cornerstone of my children’s week, went virtual. Everything felt strange at the start of the school year, and choir was no exception.

My children, one in the Training Choir and the other in the Girls’ Choir, missed the sound of all of the voices together and realized how much they missed the performances.

Yet led by Leslie and Jackie, such incredibly talented and devoted musical educators, they found their way and continued to sing regularly and together. Had they not had this opportunity, they would not have had the instinct and courage to share song with the person who had first instilled it in them, and who ended up needing it most.

I’m not sure my children could say with certainty when they first started to sing or when it was part of their daily lives. Though I had been a chorister in Montreal and sang to them, I can’t take the credit.

It was my father who built music into my life and helped to shape those values and practices in me. And it was my father, their beloved Zaida, who sang to them from the day he met them, showed up with random instruments, joked that he was still teaching himself to play the piano, joyfully sang a song for every word they named, and quietly and consistently shared his deep love of music with them. And through this, he helped them believe that they were “good” at music, that it was a deep thread in their family and their own lives, and that it was… important.

His very favourite photograph with his two eldest grandchildren was on the stage with them after a Cantiamo choir concert.

So last Passover when a closed border divided us, we spent a seder singing over Zoom. I tried to memorize the songs and inflections I had heard so many times. Somewhere in my heart I knew it might be the last time.

When my father became very ill in his very last days, with only Zoom connecting us, my two children spent hours and hours singing to him. First they sang the songs he had taught them, and the songs for the Hanukkah holiday that was occurring at the time. And then they pulled out their Cantiamo binders and began to sing him all of the repertoire, over and over and over again. It was an incredibly moving thing to watch, as they fell into a rhythm with a kind hospital chaplain who made a special effort to allow them to connect many times over those next days.

They had no hesitation as they sang with voices full of love. They sang what could not be said. They had a direct line into his heart and they quietly knew it. Both of them. In those last days of his life, I know that their singing brought him peace and made him feel all this love that they, and we, have for him.

It is said that the very last sense we lose is our ability to hear. I saw that with my own eyes. In his own way, he courageously tried to move his mouth along to their songs, something they will never forget.

And so, through the tears and waves of grieving and loss, I am left with the conviction that so much of life can be sung, not necessarily said. I know that music is one of the most important gifts that can be shared, especially intergenerationally.

I am deeply grateful to Jackie and Leslie and all of those who have provided the opportunity for my children to have practiced music and made it part of their own routines. That has made it possible for them to use music as a tool, to share it and also to find peace.

Relaxed body and breath at the Cantiamo Girls Choir rehearsal!
Conductor Kathy Goodsell leads the Primary Choir in a morning of team building and music making!
Alumnae from Cantiamo Girls Choir have joined Cantiamo Women's Choir! The circle of song continues!!
Cantiamo Women's Choir is beyond excited for it's inaugural rehearsal!!
Thanks to all for supporting our fundraiser! Safety, music and fun at our contact-less pickup!
Training Choir guest artist Pete Leckie showed us that playing the bagpipes involves breath flow, and creates harmony...just like singing! We experimented with making our voices have the same colour as the pipes:)
Training Choir had a virtual meet with Deanna Edwards, of The Sonic Timelapse Project. We are singing her beautiful composition, "One Place For Now," inspired by thoughts and emotions during the pandemic.
Choristers in Primary Choir conduct 6/8 time, in the "Teddy Bears' Picnic!"
Happy Valentine's Day, from our Cantiamo family to you and yours!